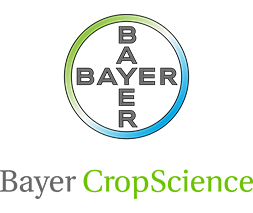 The aim of the event-agency was qualitatively organize the awards ceremony, as well as to create conditions where the company’s nominees, who didn’t get a coveted statuette (golden germ), would feel an integral part of the event. As a result, each participant, regardless of the award ceremony outcome were pleasantly surprised and flattered by the attitude of Bayer CropScіence to their partners.

“The Golden Sprout Extraordinary League ” – the name of the event concept. The principle “If you are here, you are a remarkable man” was implemented. The participants were settled on one level with the most outstanding personalities in the history of mankind. Moreover, some of these personalities were also at the event and interacted with the guests in the framework of their animated zones. More than 50 outstanding personalities were selected and their large-format portraits became design element of the event-site.

Sketches from a corporate event.

Have you discussed the political situation in the world with Fidel Castro? Were you invited by Fidel to try Cohiba Coronas Especiales? If you are working with Bayer CropScience, a similar story have already happened with you.

To qualitatively organize the awards ceremony, event agency has to be ready to the fact that the winners in the nominations and the final list of participants will be announced only on the eve of the event, and a video production specialist should stay on the low start before the beginning of the award ceremony to have time to make adjustments.

There are dozens of details, and our agency knows all about them. Do not take chances, just contact us in PUSH-K Solutions!

This e-commerce website for staging studio LHS was awarded at Web Awards 2021. The best work in Services&portals category.

Club4Lap™ gift promotion as part of the “Joined by Love” communication campaign. Create the print with your pet and get a phone case with his image.

The Mystery Shopper program for KRCA

Offline-promotion with hostess and moustache.

Motivational program with the involvement of mystery shoppers