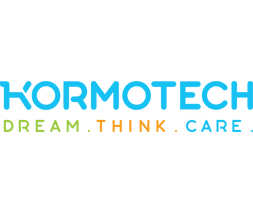 The photo zone with bullet-time effect

In December 2018 the CLUB 4 PAWS brand was participated in the International Dog Show 2xFCI-CACIB Ukrainian Kennel Union. Our task was to attract attention to the CLUB 4 PAWS brand and their wonderful project “Little Prince”, so we proposed to create a thematic photo zone with the bullet-time effect. 16 cameras, triggered simultaneously, created the illusion of stopping time. A short video was automatically generated from the received pictures, which almost immediately appeared on the landing page specially created for this project. Golden litter stars, thrown up at the time of the camera, added video dynamics and magic effect. All participants received a QR code by which they could go to the site and watch/upload a video or share it on social networks.

All works on the project were fully implemented by the agency team: the design of the background and its production, the organization of the shooting and the work of the photo zone staff, the development and maintenance of the website. Both guests of the exhibition and their four-footed little friends were excited about the photo zone.

Catalog design Epic construction projects and big machines - design of a service catalog of an engineering and construction company.

Website development for IT Sales Camp for it-sales managers trainings

15th anniversary of the construction holding