Initially, the task was to develop a TV studio close to sports for round-the-clock broadcasting of lottery games. We decided to offer a design as a Football arena. We proceeded to the stage of preparation of the TV studio sketches, which finally was taken as a basis: 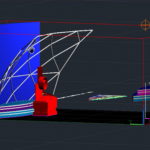 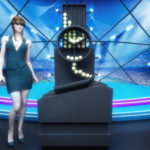 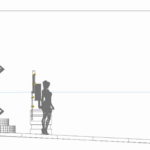 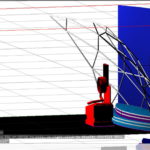 After the approval of the sketch of the future studio, we began to “disassemble” the studio into separate elements that need to be manufactured (the backbone of the studio, the metal frame, the light podium, etc.). The stage of various elements production in the shop began. Welding a demountable frame, cutting out plastic and metal components. When all the elements was created, we collected them together – to make sure that everything looks exactly as intended. This is the test assembly phase: 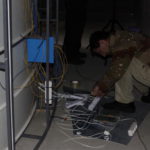 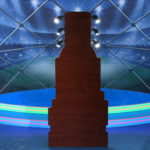 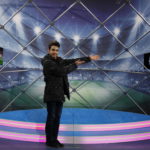 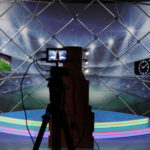 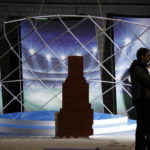 Hooray! The result pleased us. Now we need to pack all the TV studio elements, deliver and install them to the place where the broadcasts will start – the final installation of the TV sceneries. Lighting devices are placed, according to the previously prepared light scheme, cameras are installed.

Landing page for repair and service of Danfoss drives in Ukraine

Design, copyright, production – the services kit that regularly is ordered by clients

Website development for IT Sales Camp for it-sales managers trainings

Web-development for dentistry AUrum focusing on the veneer installation service

Anniversary of a cult product